Dynamic, physically imposing and with a fierce will to win, Lothar Matthaus embodied the traditional strengths of German footballers. At the heart of his country's triumph at the 1990 FIFA World Cup Italy™, Germany's third world crown, the midfielder wrote his own fairy tale when he lifted the Trophy as captain in Rome.
马特乌斯具备传统德国球员的所有特质，不知疲倦、威风凛凛、为胜利战斗到底，而最具代表性的那次胜利发生在1990年意大利世界杯，马特乌斯作为德国国家队队长举起了大力神杯，谱写了属于自己的时代乐章。

A combative central midfielder, Matthaus is considered one of the finest footballers of his generation and achieved almost everything during a career as long and storied as it was successful. Having made 150 appearances, he remains Germany's most-capped player and boasts countless honours to go alongside the World Cup: Matthaus won UEFA EURO 1980, was a World Cup runner-up twice and lifted eight league titles across Germany and Italy (seven with Bayern Munich and one with Inter Milan). In addition to that, in 1991 Matthaus was chosen as FIFA World Player of the Year - to this day, the only German to have won the award.
马特乌斯被公认为他那个年代的最佳球员之一，在中场永远斗志昂扬。整个职业生涯，他几乎赢得了一切，一次世界杯冠军、两次世界杯亚军、一次欧锦赛冠军、七次德甲冠军、一次意甲冠军、除了保持德国国家队出场次数最多（150次）的纪录外，马特乌斯还是迄今为止唯一一位获得FIFA世界足球先生的德国人。

Now 56, Matthaus played in a record 25 World Cup games during his career. He featured at every tournament from 1982 until 1998, and is one of only three players - and the only outfield player - to have been part of five separate editions of the global showpiece. The others are Mexican goalkeeper Antonio Carbajal (1950 until 1966) and the still-active Italian goalkeeper Gianluigi Buffon (1998 until 2014).
从1982年到1998年的五届世界杯，马特乌斯全部参赛（25场），这项数据只有已经退役的墨西哥门将卡巴哈尔（1950年至1966年）和现役的意大利门神布冯（1998年至2014年）能够和他相提并论。

"It was a fantastic career, which makes me proud to this day," said Matthaus in an exclusive interview with FIFA.com. "Of course, it's particularly nice when you hold these records as an individual player, because they were really down to the strength of the team. It won't be easy to beat these records because it really does depend on the team around you. Buffon could play his sixth World Cup: he's a sportsman through and through and always conducts himself well on the field. One can only wish that in Russia he sets a new all-time record."
在FIFA对马特乌斯的独家采访中，他如此总结：“能拥有这样美妙的职业生涯我很自豪。这些个人纪录尤其难以复制，因为需要建立在更强大的团队之上。布冯还有机会踢第六次世界杯，他在场上总是做到极致，我能做的只有祝福他至少把现在的状态保持到俄罗斯世界杯。”

Matthaus' first memories of the World Cup date from 1966: as a five-year-old, he followed the tournament on a black-and-white television and celebrated as the Germans progressed to the Final, where they eventually lost 4-2 to hosts England after extra time. Matthaus made his first appearance at a World Cup 16 years later.
马特乌斯关于世界杯的最初回忆可以追溯到1966年，当时5岁的他全程守着黑白电视机，目睹了德国队杀进决赛却遗憾负于东道主英格兰。十六年后，马特乌斯迎来了真正的世界杯首秀。

1982年西班牙世界杯亚军
"I was a little bit of a spare part really. I'd been in good form and just tried to give it my all in training. It was the veterans who had the final say, though, and I also came from Borussia Monchengladbach, a club less well regarded than Cologne or Bayern Munich. It was tough, as a young player, to get a chance. On the whole, the team didn't actually play that well, and so getting to the Final was quite an achievement. We got **ter as the tournament progressed and it was a great experience to be at a World Cup, although in truth, it was little more than that at that stage."
“那年我基本上只是个替补。我的状态不错，训练里也全力以赴，但主力还是那些老大哥们。而且我效力的门兴比不上拜仁、科隆这些大俱乐部，跟其他人竞争很难。球队的实际表现除了淘汰赛那几场以外并没有成绩看起来这么好，能打进决赛已经是突破了。对于我来说，感受到了世界杯的气氛也算是宝贵的经历吧。”

1986年墨西哥世界杯亚军
"This tournament was quite an experience. Mexico and Italy are countries where you can almost taste the atmosphere from the teeming stands when you're on the field, and that's a real motivation for a player. The people were very friendly and totally obsessed with football. It was a fantastic World Cup and – after 1990 – the highlight of my career. Sometimes we were playing in 40-degree heat, but we managed to get to the Final with a side that was solid and average at best. We certainly weren't one of the favourites coming into the tournament and so winning it might have been a step too far."
“这一年让我有了对世界杯更深刻的认识。墨西哥的观众们相当热情、相当痴迷足球，你站在场上马上能切身体会到，意大利也一样。我们顶着40度的高温，又一路闯进了决赛，但对手实在太强了，能拿到亚军已经满足。”

1990年意大利世界杯冠军
"Winning the World Cup was just the most emotional experience. At the time I was living and playing in Italy, and so it almost felt like a home tournament for me. Our first games were played in what felt like my living room – the San Siro in Milan! By the end, it wasn't just the German fans supporting us, but the Italian fans too. Rudi Voller, who was at Roma, was also playing in the Final [against Argentina] and Italy had been knocked out by Argentina, so the whole stadium was behind us. Germans talk nowadays about the summer fairy tale of 2006, but this was my summer fairy tale. And it had a happy ending too."
“赢得世界杯冠军的感觉无与伦比。那时我正好在意大利踢球也住在那，所以就像半个主场。比如第一场在米兰的圣西罗球场，这简直就是在我家客厅一样！到了后来，不仅是德国球迷，连意大利球迷也开始为我们助威，包括我们决赛踢淘汰了意大利的阿根廷，整个球场都在支持我们。这你可以问问沃勒尔，他当时也在意甲的罗马效力。现在德国人们每每提到2006年的梦幻之夏，而对我而言，1990的夏天是属于我的梦幻。”

1994年美国世界杯八强
"In the USA, we had a team that could have defended the World Cup. But as it was, we had too many leaders and strong characters. Perhaps the coach, Berti Vogts, struggled to cope slightly. There were one or two problems within the group and he didn't necessarily provide the calm hand that was needed. The players had a bit too much freedom and the focus wasn't as much on the football as it should have been. It's nothing against Berti Vogts, but he just didn't have things quite under control."
“我们本可以在美国实现卫冕，但队伍里有太多大佬，互相又不服。主帅福格茨既没有压住队内矛盾，也没有解决小组赛暴露的一些问题，虽然前者和他个人关系不大。队员们在场上显得太过散漫自由，很多人的心思都不在踢球上。”

1998年法国世界杯八强
"It was just a thrown-together collection of players in 1998. There was no real team. The togetherness that we had in 1986 or 1990 just wasn't there. We played, but there was never the feeling on the field that we were a real team that wanted to achieve success together. We were happy to settle for less. Against Croatia [in the quarter-finals], we played what was probably our best game – strange as it sounds – and all that while we were down to ten men. We did want it somehow, but it wasn't really enough." 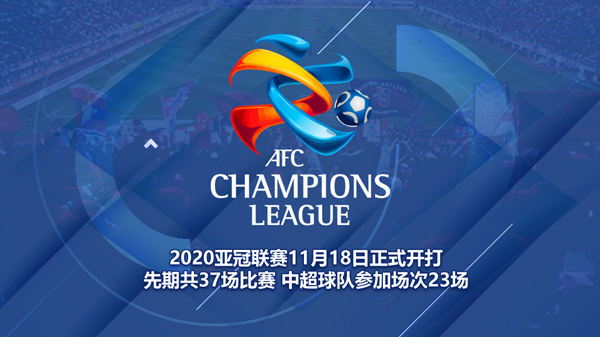 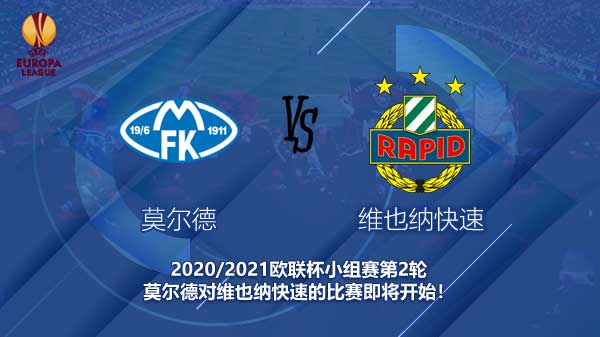 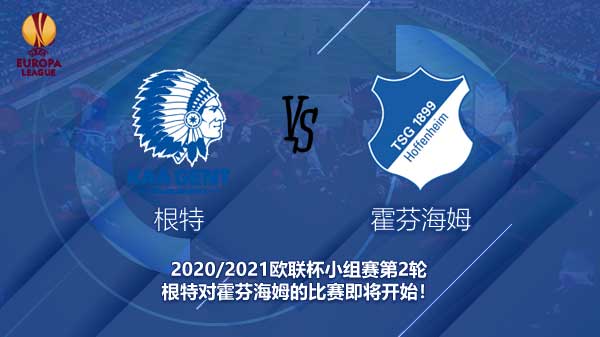 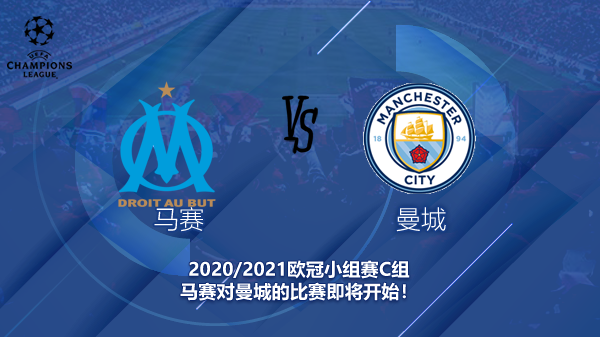 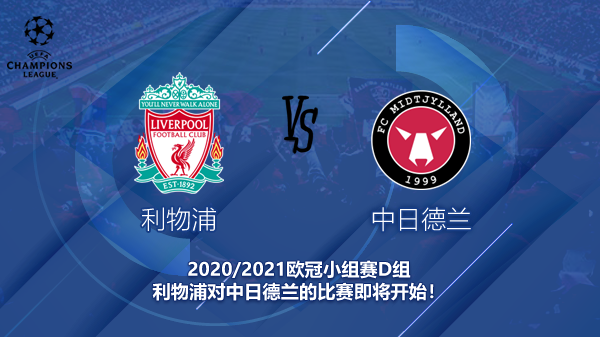